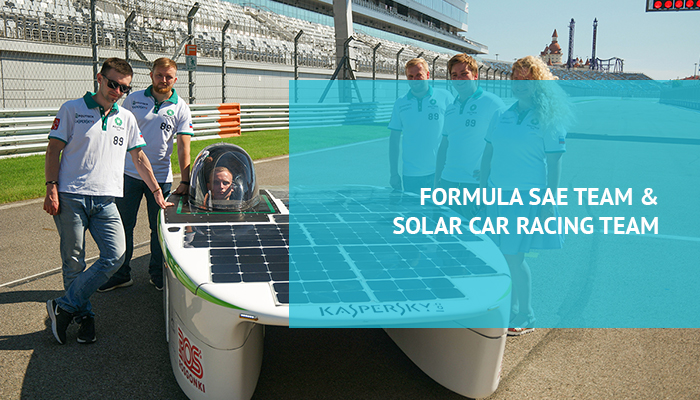 The Youth Design and Technology Bureau is a union of SPbPU graduate  and undergraduate students. |Their main activity is  working on innovative technological projects from design to developing a prototype. Under the guidance of experienced engineers students can apply their theoretical knowledge in practice, use non-standard approaches to solve complex technical problems. Working in the YDTB allows students to see their own potential and prospects.

The main achievement of the bureau is the creation of a car on solar batteries, aimed at popularizing "green" transport in Russia, demonstrating its advantages, as well as prospects of alternative energy sources. By this example YDTB employees involve young specialists in productive work on innovative projects that can benefit people, nature and the country as a whole.

A team of students and graduate students of the Polytechnic University designed and prepared the first solar-powered car in Russia for production. The SOL vehicle became the first Russian participant in the history of the American Solar Challenge in the USA.

The Russian team became the best among the debutants of the race. The project participants are actively engaged in the popularization of «green» transport in Russia, demonstrating its advantages, as well as the prospects of alternative energy sources.

On December 1, 2015, at the Peter the Great Polytechnic University of St. Petersburg, a presentation of a sports student car UNO, built by a team of students of SPbPU, took place. Polytech North Capital Motorsports is the only team in the Northwest Region to participate in Formula SAE. Polytech NCM team successfully passed all stages of the project: modeling a race car, assembling, conducting tests, preparing documentation, as well as speaking at the international stage of the competition.