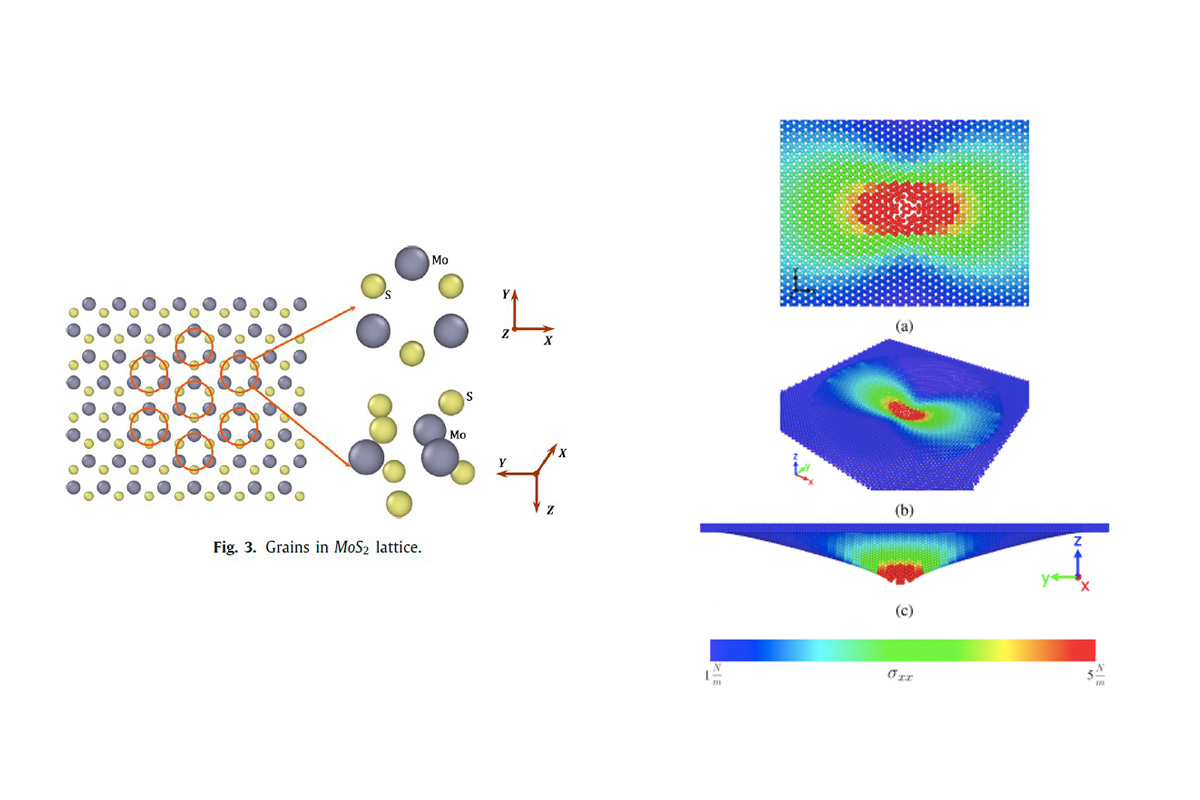 Researchers from Higher School of Theoretical Mechanics of Peter the Great St.Petersburg Polytechnic University (SPbPU) and Tel Aviv University proposed a new approach to improve the efficiency of mathematical modeling of the processes in materials at the nanoscale. It is essential for the further development of nanotechnology. The results are presented in an article published in the Q1 journal Mechanics Research Communications.

The scientists investigated single-layer molybdenum disulfide (SLMoS2). This is a two-dimensional material with a large number of promising applications, such as miniature sensors, nanodevices, etc. Usually, methods of computational mechanics are used to design engineering devices. However, on a nanoscale, such methods are either not valid or too time-consuming. Researchers proposed to combine the atoms of SLMoS2 into the imaginary rigid grains.

"The laws of interaction between the grains were fitted to fulfill the elastic properties of the original crystal lattice. The number of bonds between the grains is much smaller than those between the atoms of the same part of a crystal lattice. As a result, the calculations with grains are much faster than with atoms, " said the alumni of St. Petersburg Polytechnic University, Dr. Igor Berinskii, senior lecturer at Tel Aviv University, and Dr. Artem Panchenko, postdoctoral researcher at TAU.

Dr. Ekaterina Podolskaya, associate professor at the Higher School of Theoretical Mechanics SPbPU, adds: "With our method, the calculations became simpler, which gives a possibility to predict the mechanical response to tension and to study its failure mechanism. This is important for further applications of this material in nanoengineering".

In the next series of computational experiments, the scientific group plans to introduce the deformable grains. It will help to calculate correctly not only small but also large deformations in the material. According to researchers, the proposed approach can be further used for other laws of atomic interaction and different types of grains. 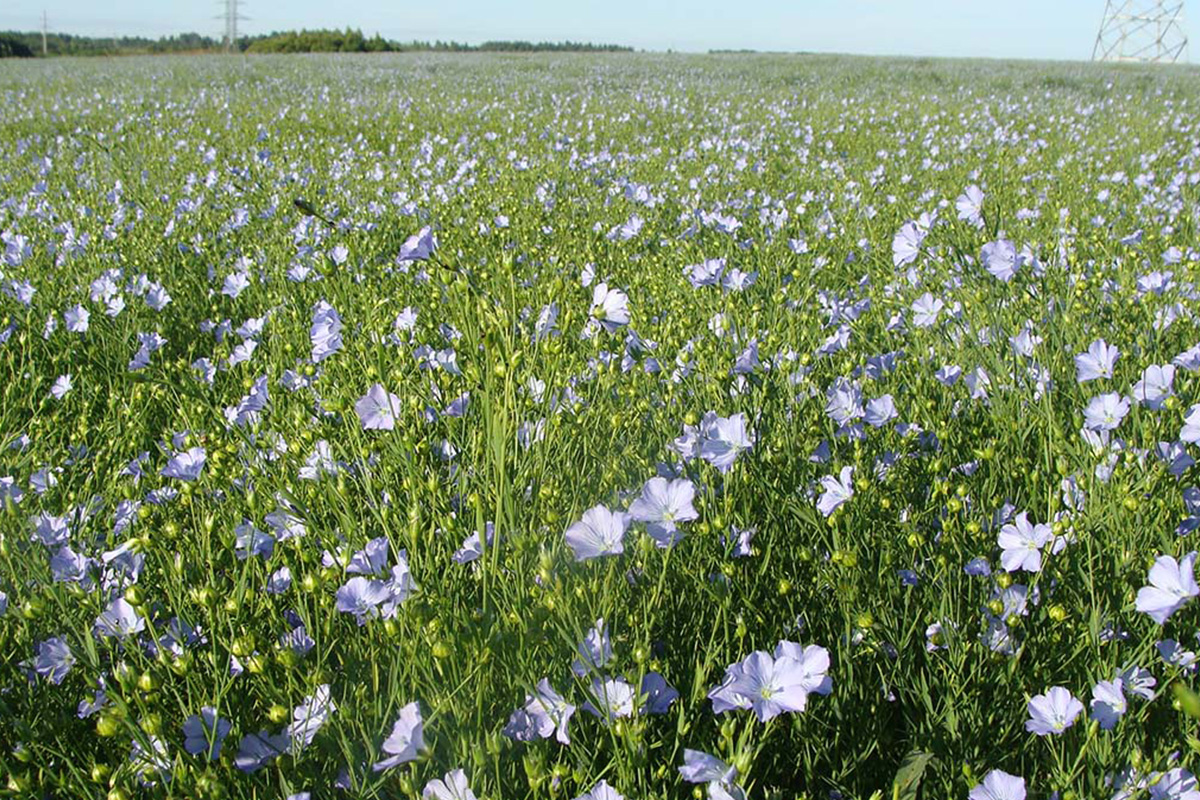 11
Aug
The flax wilt agent has been sequenced 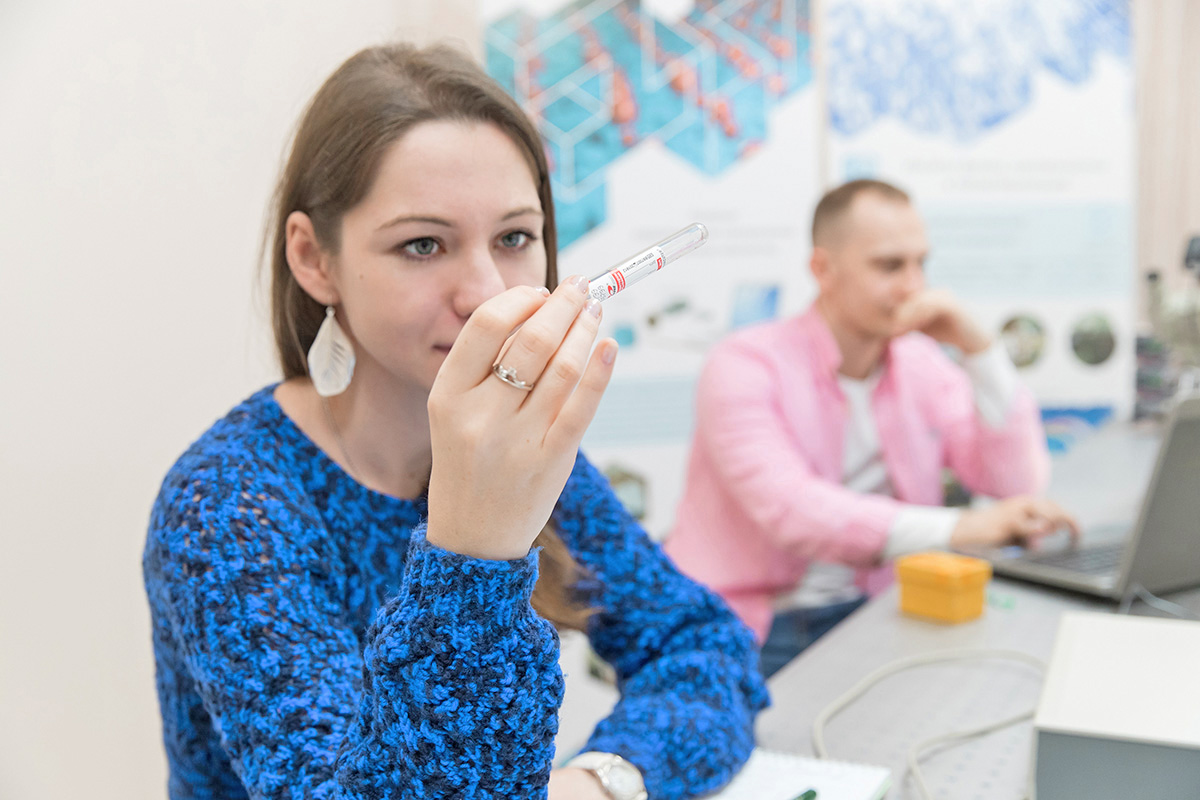