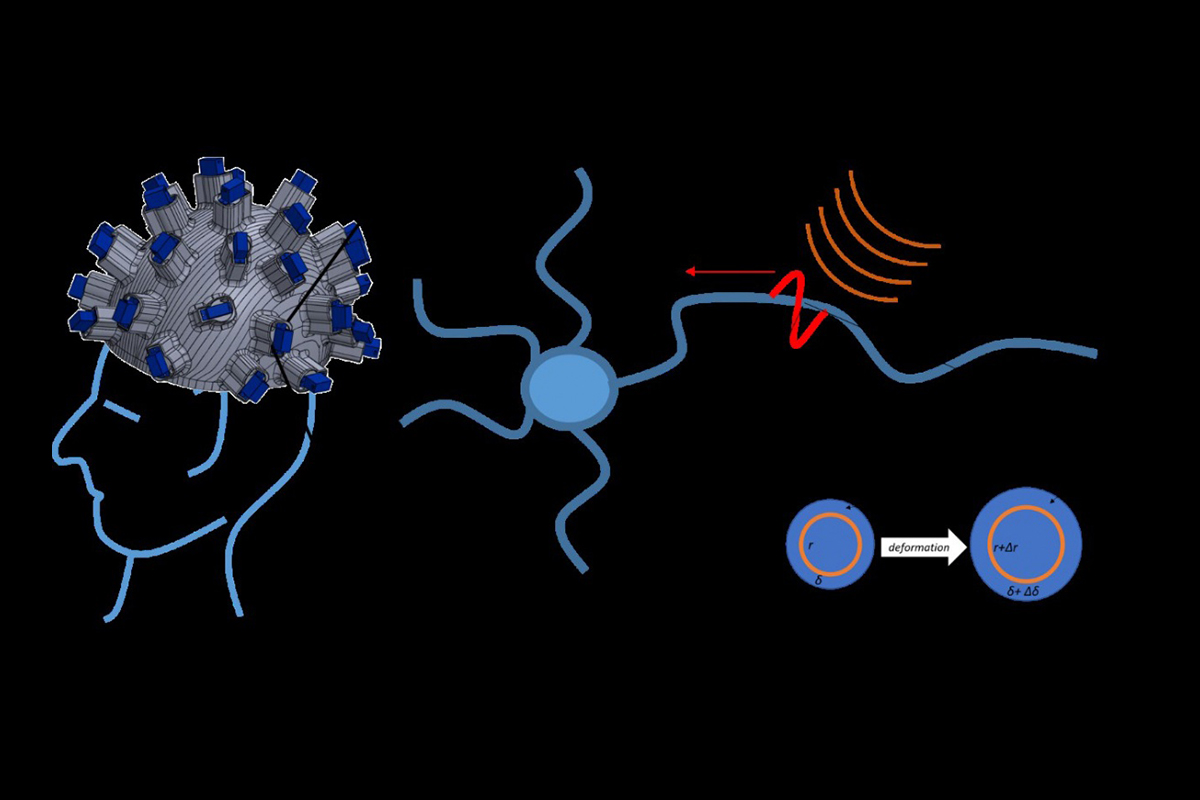 Russian and British scientists study the approaches to mathematical modeling of electromechanical processes in neurons of the brain. Researchers from Peter the Great St. Petersburg Polytechnic University (SPbPU) in collaboration with colleagues from the University College London under the framework of "Project 5-100" study the effect of neural stimulation  by ultrasonic waves and analyzing  the influence of ultrasonic wave parameters on the excitation of electrical signals in the nerves.

The obtained results have a great practical value for further studies related to the issues of human brain modeling. These results are aimed at the improvement of the methods used to treat a range of severe neurological and mental disorders, including epilepsy and chronic depression.

According to the World Health Organization, about 50 million people worldwide suffer from epilepsy, one of the most common neurological diseases on a global scale. Besides, more than 264 million people from all age groups suffer from depression. Dysfunction of neurons in the brain can be the cause of both diseases.

“We have proposed and tested various hypotheses regarding the physics of the process of ultrasonic neural stimulation, - explains Vladimir Filkin, a member of the scientific group, a graduate student of the Higher School of Mechanics and Control Processes SPbPU“ Currently, the researchers obtained a mathematical model of this fundamental process, which will be useful for the effective algorithm of using the ultrasound to treat patients and conduct all kinds of research.

The research results were presented at two international conferences: FENS 2020 Virtual Forum of Neuroscience, an event dedicated to the presentation of the achievements in the field of neuroscience, and the Summer School-Conference Advanced Problems in Mechanics, dedicated to a wide range of research in the various fields of mechanics.

Reference: The Hodgkin - Huxley model, of British neurophysiologists and biophysicists, developed in 1952 to describe the mechanism of generation and transmission of nerve impulses using the example of the giant squid axon, was widely used till 2015 to describe the mechanism of propagation of action potentials in neurons. The authors received the Nobel Prize in physiology and medicine in 1963.