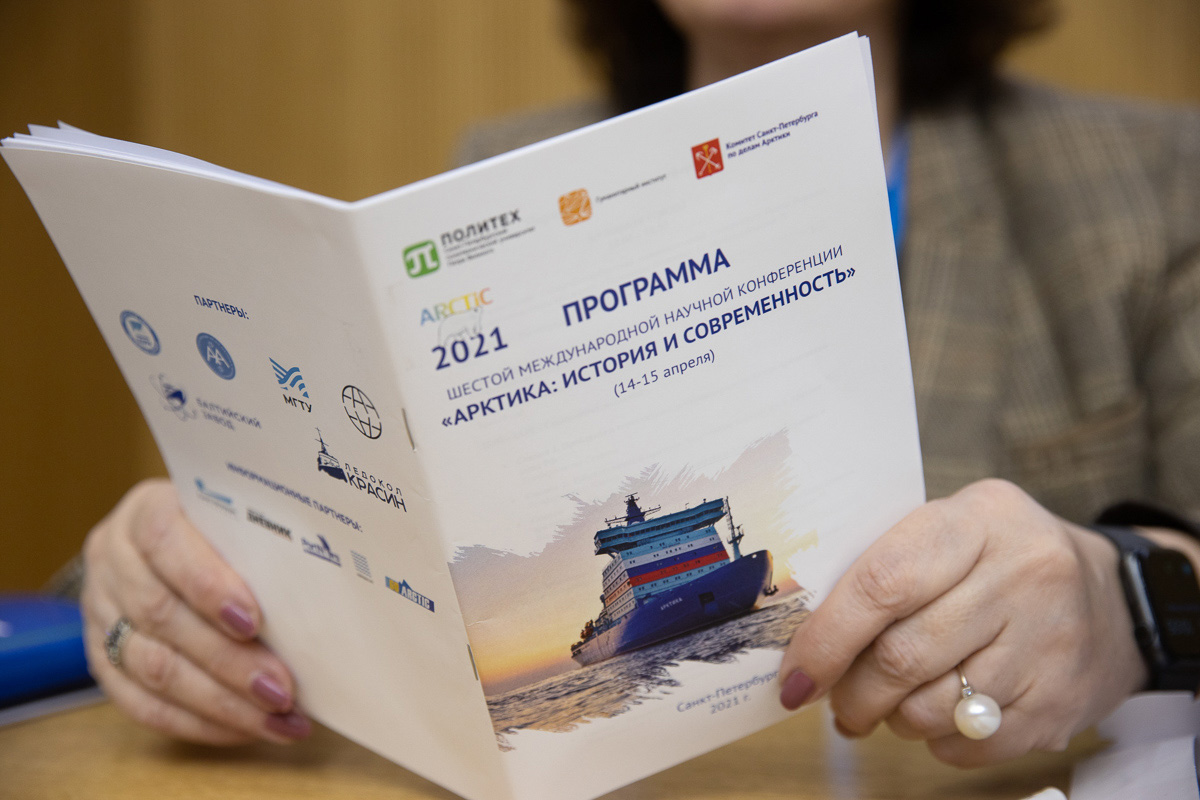 On April  the 6th International Scientific Conference “The Arctic: History and Modernity” took place at Peter the Great St. Petersburg Polytechnic University. There was great interest in the event from the part of scientists, representatives of educational organizations, St. Petersburg representation offices of the Arctic regions of the Russian Federation, authorities, and companies, including those from foreign countries. Last year, the forum was held in the online format, so this year's face-to-face meeting was very much in demand. In 2021, the conference will take place on two platforms at once: in St. Petersburg and Murmansk (April 21 and 22).

Welcoming the guests, Vitaliy SERGEEV, Vice-Rector for Research of SPbPU, Corresponding Member of the RAS, emphasized the need to intensify research and innovative developments in the Arctic and expressed confidence that the conference at Polytechnic University will contribute to sustainable social and economic development and exploration of the Arctic, stimulate scientific and technological activities in the region, and create favorable conditions to attract investment in development projects in the Arctic zone.

Janne HIRVONEN, Consul for Economy and Regional Cooperation of the Consulate General of Finland in St. Petersburg attended the opening ceremony. “This region is of particular importance for the future of our entire planet,” he said. “That is why we must pay close attention to the economic, social, and environmental sustainability of the Arctic. We look forward to the Russian chairmanship of the Arctic Council to further expand cooperation in the Arctic. As we all know very well, climate change and its effects are a pressing issue for the Arctic region and beyond, and many of these effects are of global significance.”

Janne HIRVONEN, Consul for Economy and Regional Cooperation of the Consulate General of Finland in St. Petersburg attended the opening ceremony. “This region is of particular importance for the future of our entire planet,” he said. “That is why we must pay close attention to the economic, social, and environmental sustainability of the Arctic. We look forward to the Russian chairmanship of the Arctic Council to further expand cooperation in the Arctic. As we all know very well, climate change and its effects are a pressing issue for the Arctic region and beyond, and many of these effects are of global significance.”

The conference is supported by the St. Petersburg Committee on Arctic Affairs. At the plenary session, Anna BULATOVA, Deputy Chairman of the Committee, addressed the participants with a welcoming speech, spoke about the Committee’s role and St. Petersburg's contribution to the Arctic agendaу.

The Arctic is a region to which international attention is riveted. First and foremost, on issues of ecology and climate change. Representatives of the Estonian, French and Finnish consulates spoke at the opening ceremony. Consul General of France in St. Petersburg Pascal SLIWANSKI thanked for the invitation and expressed the opinion that the conference has an extremely important mission. “It is important to discuss and solve the problems facing the Arctic region. The transformation that the Arctic is undergoing today entails new economic opportunities. But it is also a source of great challenges. Given the nature and extent of problems in the Arctic, such as loss of biodiversity, increased risk of marine pollution, and the impact of changes to the lifestyle of indigenous populations, France believes that greater international cooperation is necessary. For this reason, it has taken an active position as an observer in the Arctic Council for 20 years and calls for greater responsibility on the part of states external to the Arctic region. The Arctic must remain a stable, sustainable, and prosperous region,” the consul general said.

Estonia’s Consul General in St. Petersburg, Carl Eric Laantee REINTAMM, said that last November Estonia also applied for observer status in the Arctic Council. “We are aware of the burden of responsibility associated with this step, but we want to contribute to the sustainable development of the Arctic region. Estonia, like Russia, cares about the future of the Arctic, we have a common history of polar expeditions and research. But Estonia is interested in cooperation with all Arctic Council members. Our cooperation with Russian scientists in Arctic issues has always been good, and we believe that observer status will help to take it to a new level, which will benefit both sides,” said the Estonian Consul General.

The Arctic remains home to many generations of indigenous peoples. And the main resource of the Arctic North is not oil or gas, but human capital. That is why the transformation of Russia’s Arctic zone should take into account the interests of local residents, believes Nina VEYSALOVA, Vice President of the Association of Indigenous Peoples of the North, Siberia, and the Far East of the Russian Federation. She addressed the event in her native Evenki language. “It is wonderful that at such serious scientific events, where I am glad to see the academic community, friends, colleagues, and partners, the word is also given to representatives of indigenous peoples because they are the main keepers of these territories,” Nina Veysalova addressed the audience and recalled the words of the famous Mansi poet Yuvan SHESTALOV that the future of the world and humanity is behind the Arctic civilization, its fabulous natural resources, its worldly wisdom and harmony with nature. 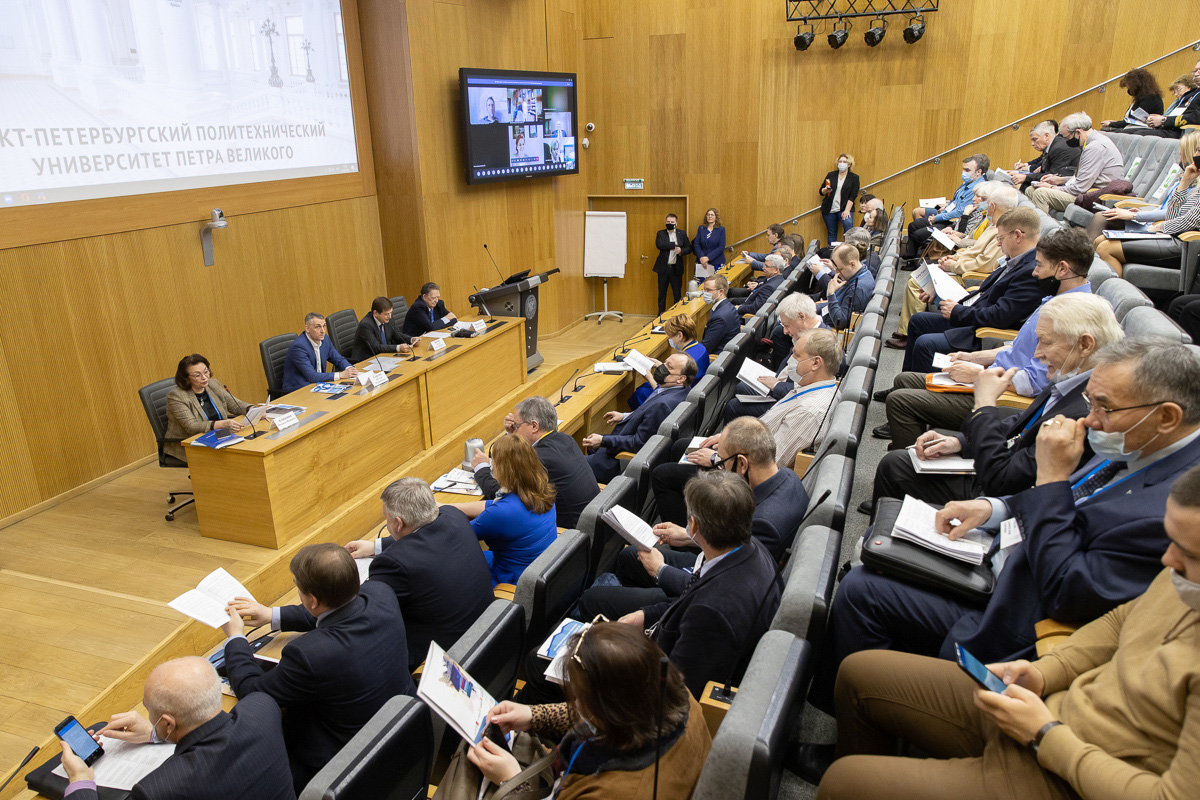 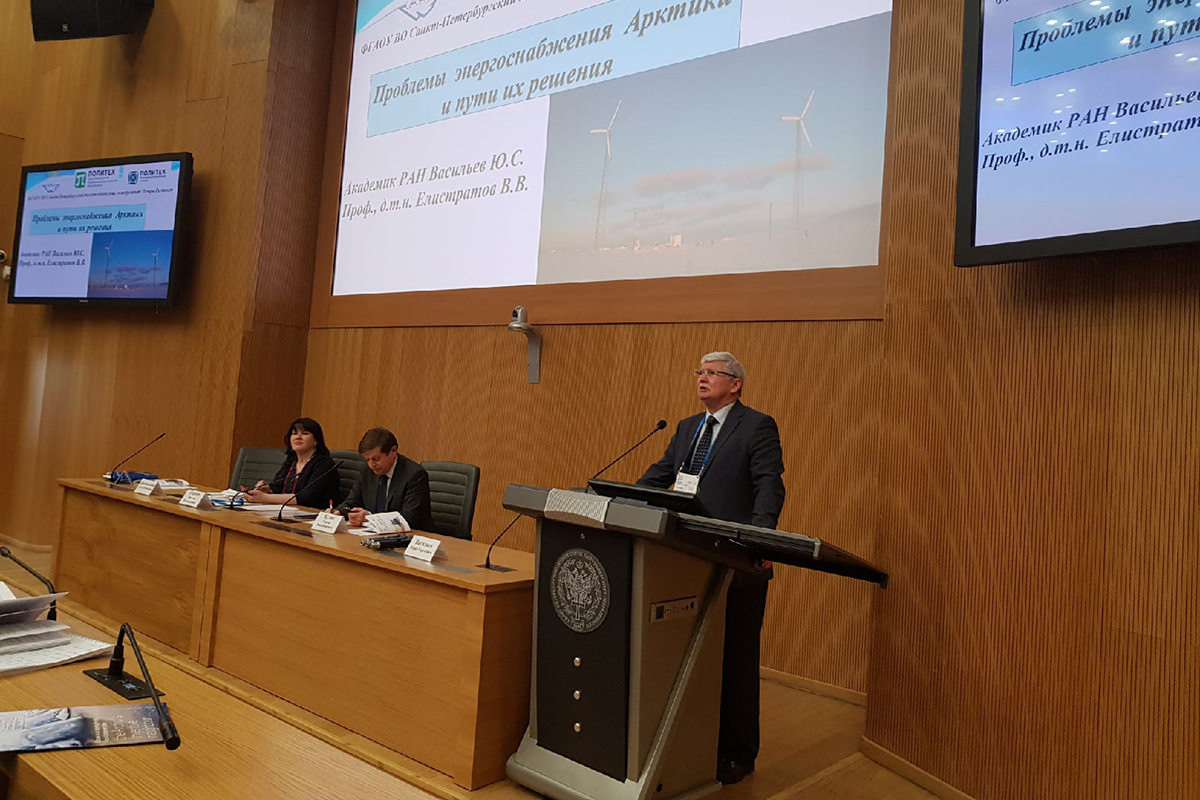 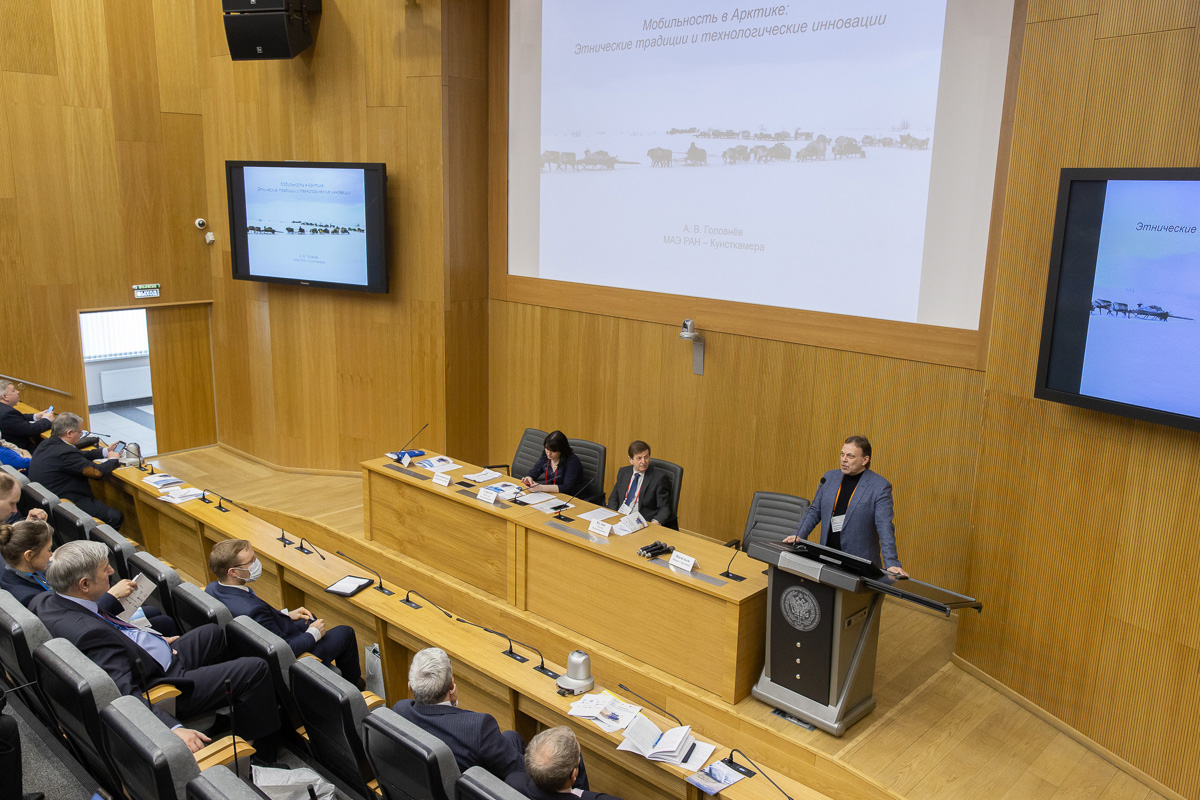 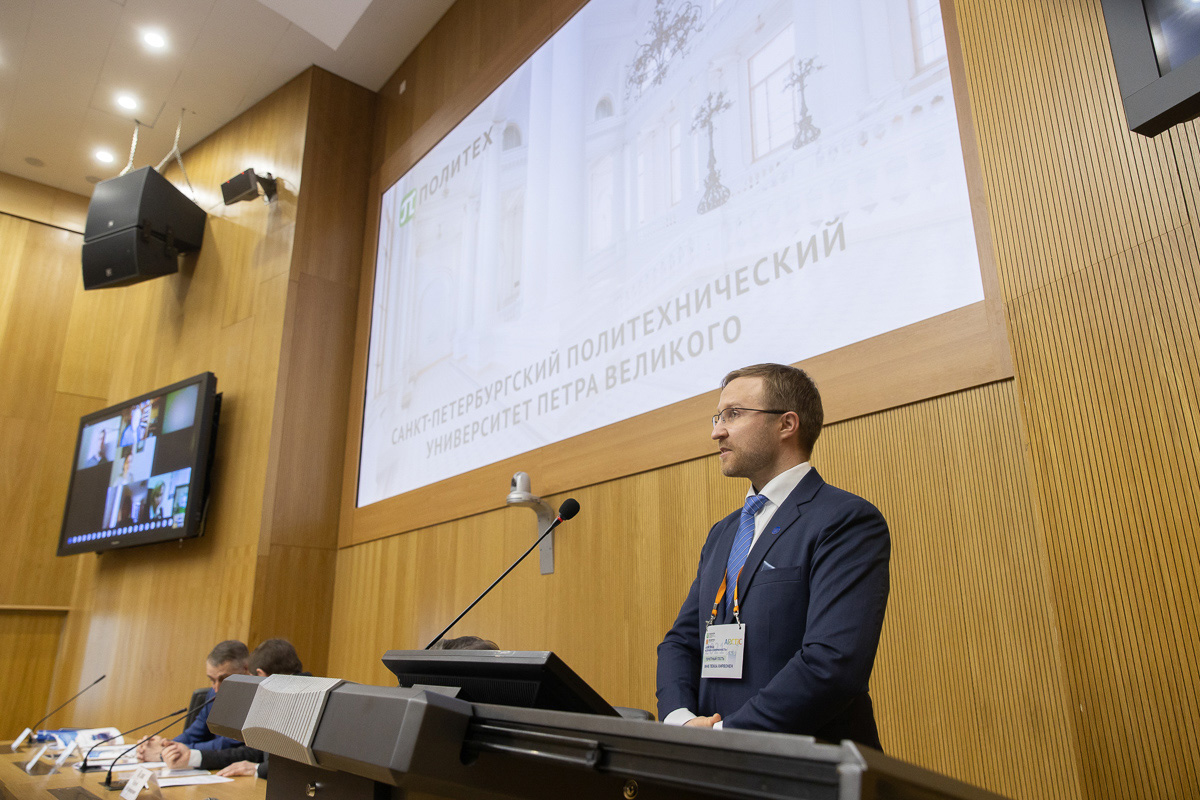 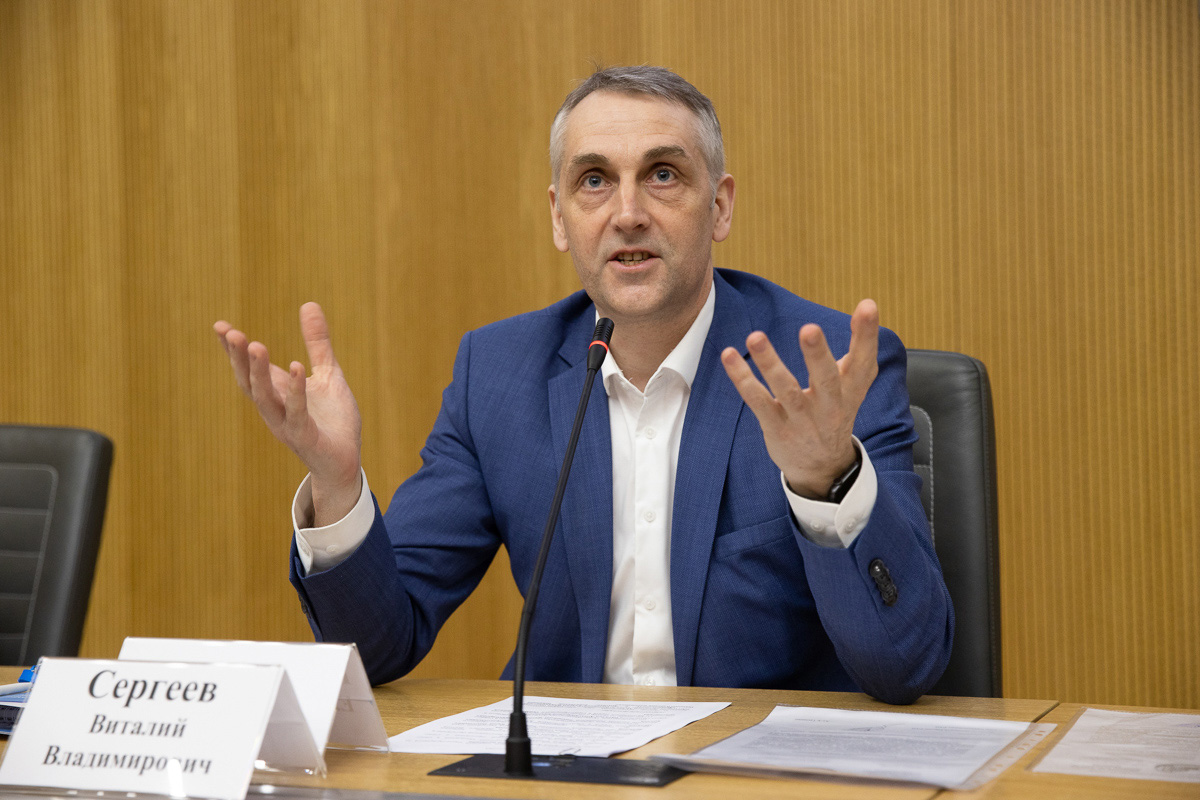 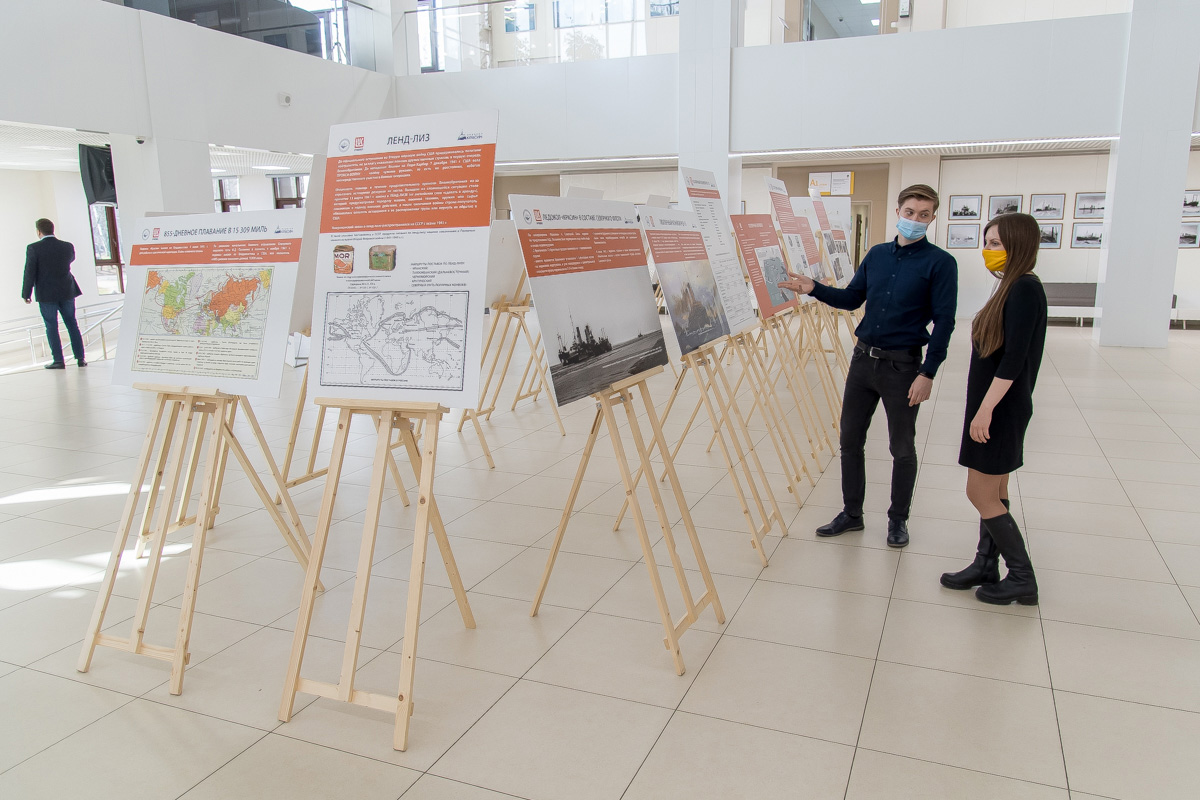 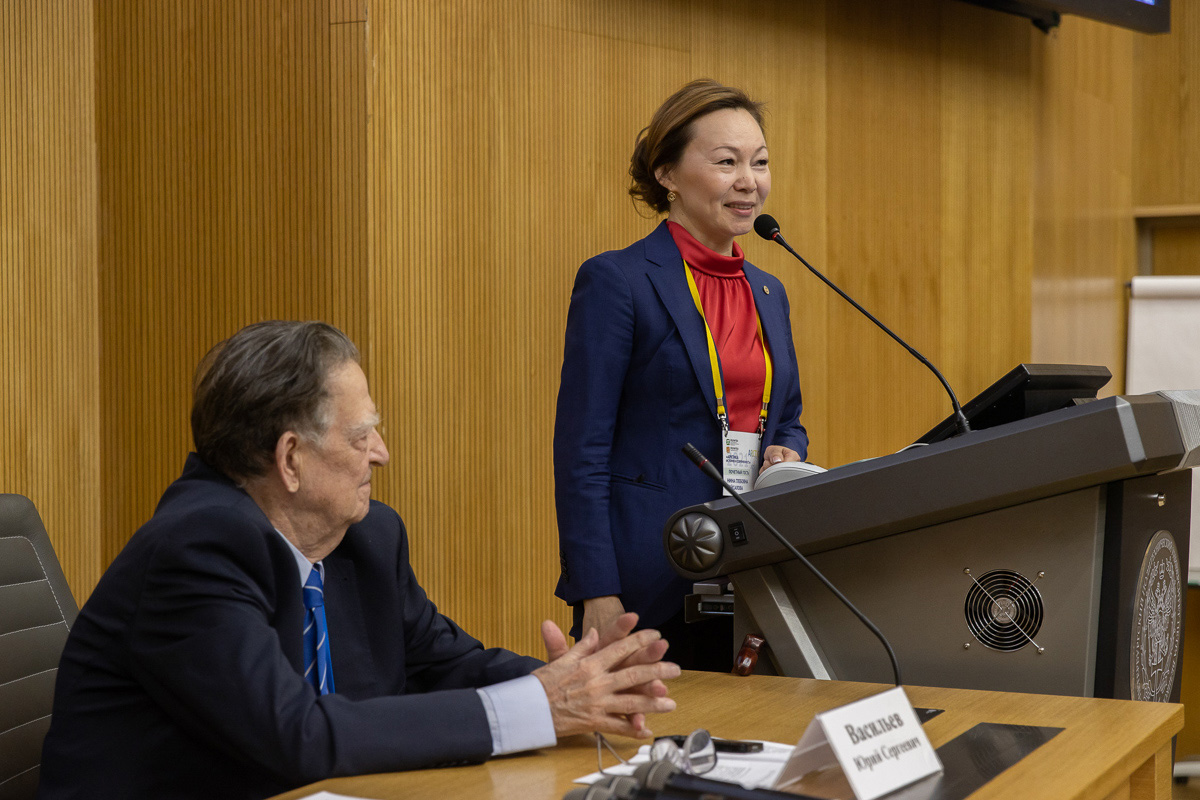 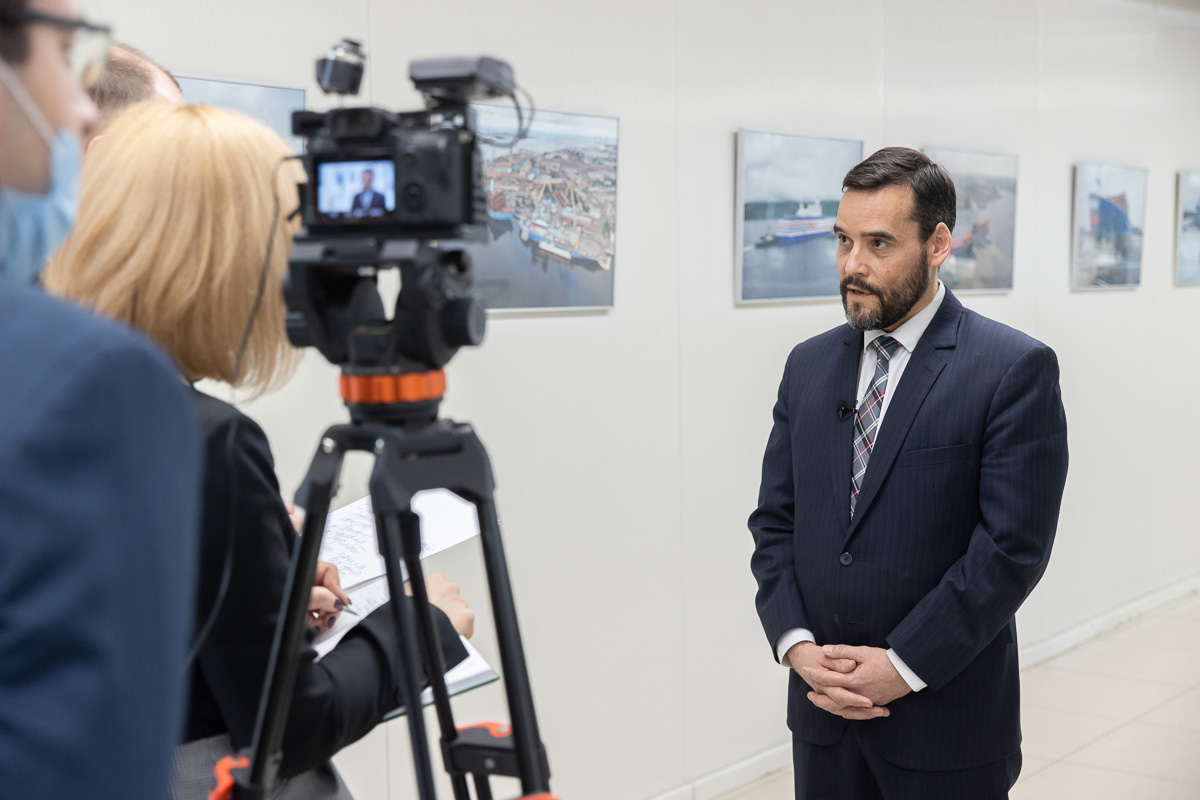 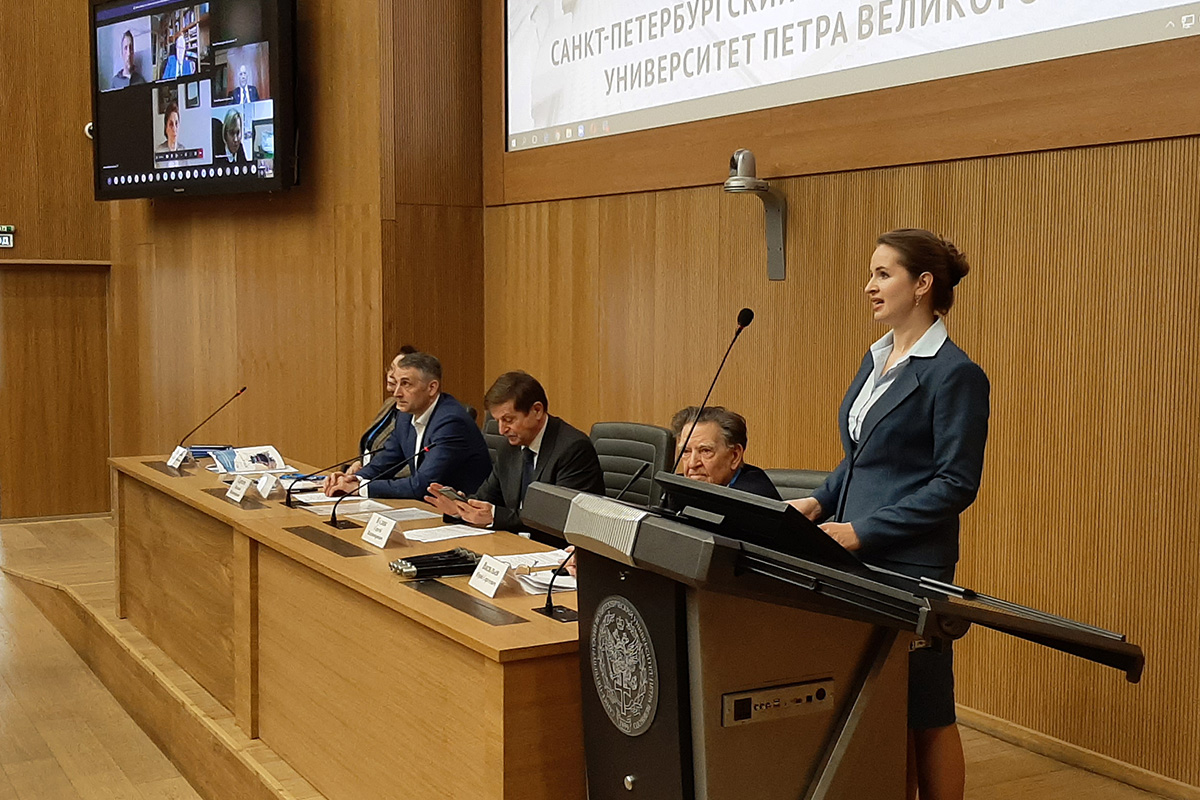 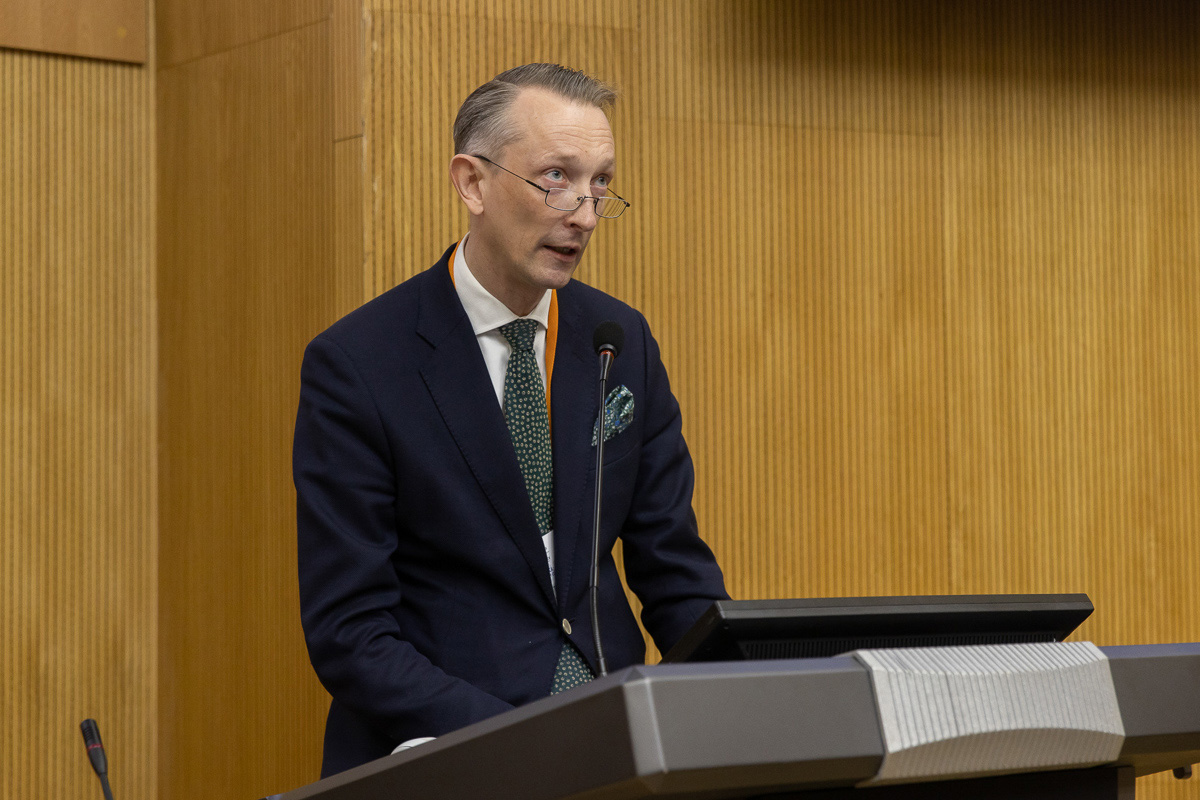 Andrey GOLOVNYOV, Director of the Peter the Great Museum of Anthropology and Ethnography (Kunstkamera) of the Russian Academy of Sciences agrees with Nina VEISALOVA. The expert expressed the opinion that all innovative technologies that will be used for the development of the Arctic should be based on the tradition of aborigines. “Everything that grows out of the centuries-old traditions and technologies of the peoples of the Arctic is worthy of not just ethnographic, museum attention, but also of architectural, design and technological attention,” the scientist is convinced. “Much of what we can achieve can be found in the ethnography of the same nomads. Nomads are comfortable to be on the move. Mobility makes it possible to hover over the tundra and not to dig into it, thus mobility acts as an ecologically sustainable and nature-saving technology. I would recommend everyone who is thinking about the ideal development of the Arctic to think about how to achieve this effect of ‘soaring over the tundra’.”

Overall, the questions, problems, topics, and points of view that participants voiced during the two days of the conference are indicative of the scope of the research field. The speakers included leading scientists from more than a dozen universities in the country and expert practitioners from industries related to the Arctic region. Their presentations covered topics such as the history of Arctic exploration and development, military security and strategic stability, problems of environmental and technogenic safety in the Arctic region, oil and gas projects, logistics, international cooperation, problems and prospects for economic development, historical and cultural heritage of the Arctic, tourism, and prospects for its development in the Arctic region, human capital development in the Arctic, the problem of energy supply, Arctic indigenous peoples and the problem of their sustainable development, materials science, robotics, education, shipbuilding, and Arctic navigation, bioresources of Arctic ecosystems, Arctic technologies and competencies, mineral resources, mass culture, technologies of Industry 4.0. in the Arctic, and many others - the list of presentations at the conference does not fit into 30 pages. More than 500 scientists are scheduled for two days of presentations (both face-to-face and online)!

The experts agreed: the forum is useful because it is possible to discuss almost all important issues and develop a set of solutions in a short period. In addition to the professional dialogue, in the lobby of Technopolis Polytechnic, where the conference was held, the participants and guests could see an exhibition dedicated to Russian ice-breaking. The exposition was provided by the Conference partners - Arctic and Antarctic Museum, Baltiysky Zavod, and the “Krasin Icebreaker” Museum. The Arctic and Antarctic Research Institute and the Arctic Development Project Office were also the official partners of the forum.

“St. Petersburg Polytechnic Institute stood at the origins of the development of the Russian Arctic, primarily with regard to ice-class vessels - from turbine generators and the development of special steels for icebreaker hulls to the development and construction of the world’s first nuclear-powered icebreaker Lenin,” commented Rector of SPbPU, RAS Academician Andrei RUDSKOI. “I can responsibly say that Polytechnic graduates were involved in the creation or maintenance of most of the vessels in these photos. But we are proud not only of our past. The university’s research groups continue to contribute to the implementation of the “Strategy for the Development of the Arctic Zone of the Russian Federation and National Security for the period up to 2035.” I am sure that during the two days of this conference, everyone will not only learn something useful for themselves but will also make a certain contribution to the piggy bank of scientific Arctic ideas.” 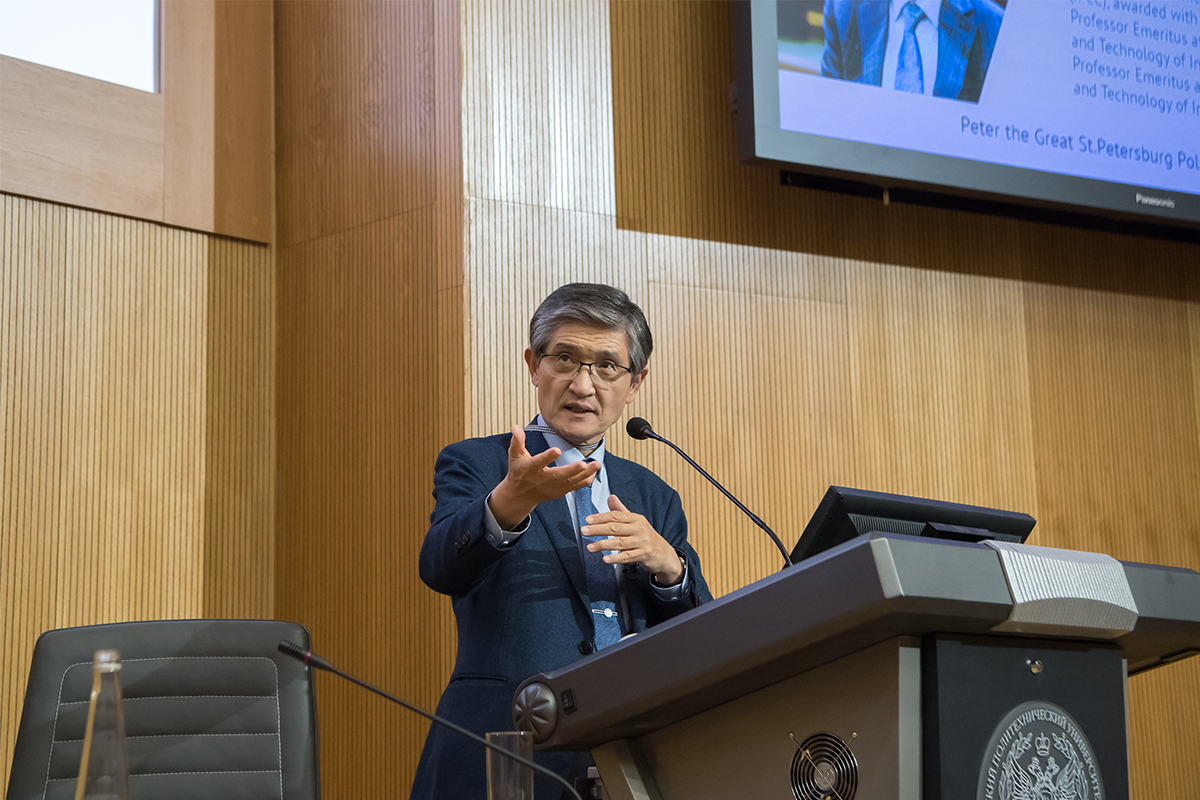 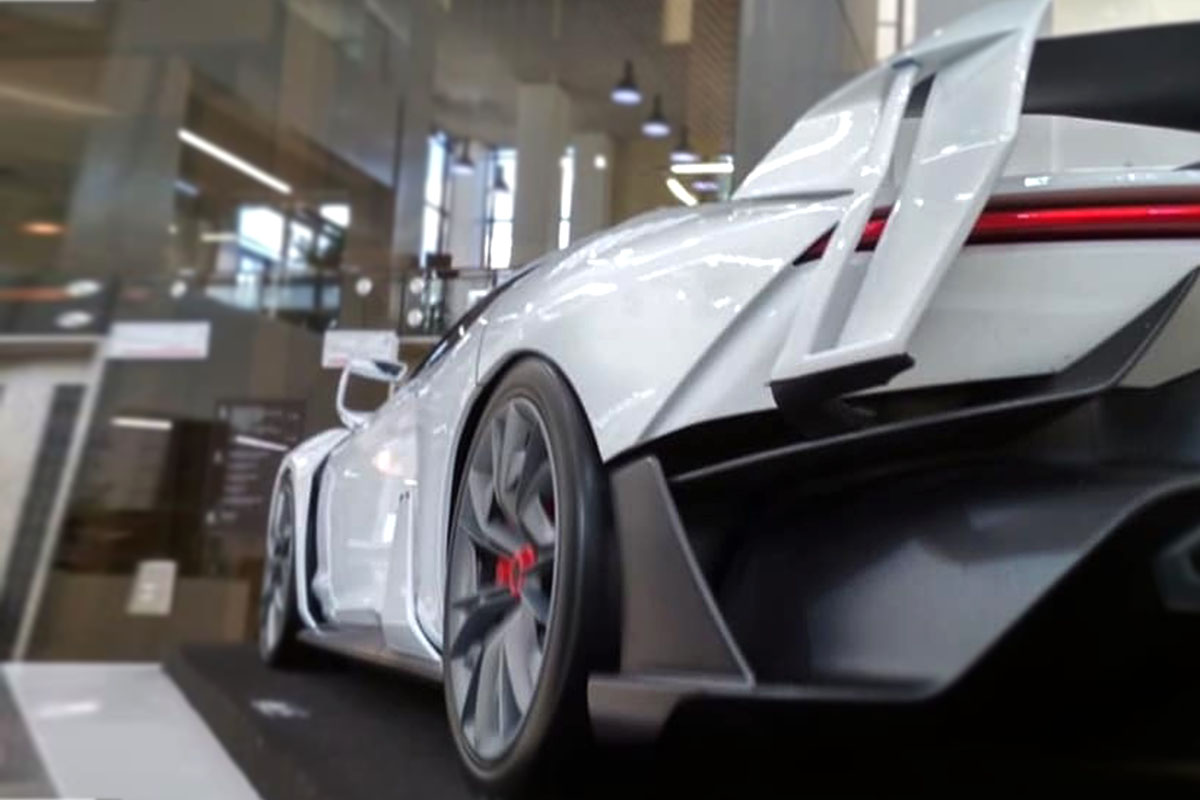 4
Jun
The Year of Science and Technology. The month of new production technologies and materials. ItalDesign Days in Russia